Features of Gothic Novel With GothicAttitude

Mind when you hear the word gothic do you think of crumbling castles the candlelit corridors haunted by unhappy ghosts. Who do you picture creatures of macabre face and form like Frankenstein's ill-fated monster the Gothic comprises all these and many more.

Origins:
Horace Walpole's The Castle of Otranto published in 1764 is largely credited with kick-starting the English gothic phenomenon full of lengthy adjectives written descriptions that arguably diffuse rather than develop a feeling of horror nevertheless the novel had an electrifying effect on its audience the tale of the doomed lovers plagued by ancient curses gave rise to a surge of interest in stories featuring unnatural beings extravagant violent and intensely passionate protagonists as well as other elements that have come to define the genre in the rash of imitations that.

Gothic Past and Future:
Followed enduring classics such as Mary Shelley's Frankenstein and Emily Bronte's Wuthering Heights emerged with Bram Stoker's Dracula appearing almost a century after Walpole's trailblazing text by the time. The genre's popularity had begun to wane in the late 19th century. It had already carved out a place in readers' affections and would witness a resurgence in the years to come. 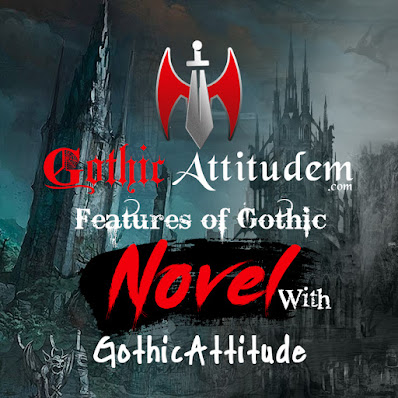 Castles:
Whatever their stated disrepair castles are one of the gothic most recognizable and enduring features their opposing exteriors candlelit corridors and haunted hallways provide the ideal backdrop for constructing. The mood of unease that permeates the plots of so many gothic texts from Shakespeare to Stoker ancestral abodes have been used to great effect and though modern writers. May choose less historic homes in which to house their characters an imposing building of some description is daring a ger in any gothic text another.

The supernatural:
one of the gothic most recognizable features the supernatural refers to beings or events that do not fit within the accepted confines of nature examples of supernatural beings include ghosts, spirits, and phantoms as well as witches, goblins, and poltergeists and may refer to any other occurrences that defy easy explanation or classification some writers seem to require readers to believe whole heartedly ghosts or spirits whereas Others, such as English gothic Nobilis Anna Radcliffe or for logical, explanations, for seemingly supernatural events, of course, the thrilling thrill of the supernatural has been, exploited for centuries, for example, pre gothic texts such as Macbeth included witches and Christopher Marlowe's Doctor Faustus the devil himself.

Wild Nature:
Gothic fiction often features remote and rugged landscapes from imposing icebergs, particularly, wooded forests and faraway lands like Transylvania and Bram Stoker's Dracula as well as highlighting nature's strength and savagery These landscapes allow writers to explore the excitement and strangely pleasurable fear of the dangerous and unfamiliar examples from the literature include the Moors in Wuthering Heights. The blasted Heath in Macbeth' and the Antarctic wastes in Frankenstein often Gothic.